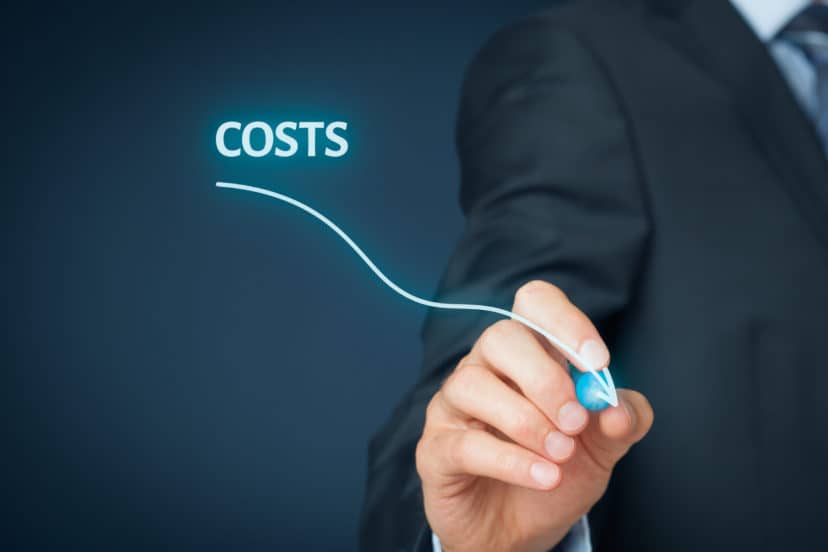 Within the last couple of years, it seems like drones are on pretty much everyone’s radar. You can still remember the days when that wasn’t so much the case, so what happened between then and now? Why are drones so popular, beloved and trendy?

Drones are so popular these days because the technology has become more affordable. Therefore, more people can and do use them, which keeps drone piloting a big hobby and even money-maker for many. Since you don’t need a license to pilot a drone recreationally, that also helps make this activity more accessible.

In this article, we will dive deep into the popularity of drones, talking about what brought them to this point and if they’ll stay there. Whether you’re thinking of using your drone as a source of income or you just want to know how packed the skies will be in a year or two, keep reading!

Why Have Drones Become So Popular?

Drones have long had a role in the military, but today’s commercial drone has risen to major popularity because of its price tag. Like any emergent tech, drones once cost a lot of money to own.

As the interest in unmanned aerial vehicles or UAVs (another name for drones) began growing, more drone brands emerged, some cheaper and others expensive.

Nowadays, you can get a drone for less than $30. That’s not to say one at this price would be the greatest drone on the planet; far from it. However, for younger kids or people new to droning who are looking for a starter UAV, that’s not a bad price at all.

Since drones have become more affordable, more people buy them, keeping their popularity alive and well. While some brands like DJI sell their drones for several hundred, sometimes even several thousand dollars, only those who are serious about drone piloting buy those. The low-priced models work for casual hobbyists.

Another reason droning has grown to its amazing level of popularity is the accessibility of this activity. Once you buy your drone, you can fly it in many outdoor environments such as your backyard, a friend’s house, the beach, or a local park.

That’s not to say rules don’t exist; in fact, we’ve covered them on this blog before. That said, for most outdoor places you want to fly your drone, you probably can.

Given that these places are free and often local, that makes them accessible. The easier it is to do something, such as maintain a hobby, the better the chances you’ll keep up with it.

Another factor that lends to the accessibility of drones is the lack of licensing recreational drone pilots need. We’ve talked about this on the blog as well. Only commercial drone pilots need a license through the Federal Aviation Administration or FAA.

These people intend to make money from their drones, such as through drone photography, videography, or even both.

You still have to register your drone through the FAA if it’s over 0.55 pounds. That goes for whether you fly commercially or recreationally. This costs $5, so it’s by no means costly. Registration lasts for three years.

While yes, you’d spend a chunk of money on a new drone and a small fee on registering it, once you own it, flying and enjoying your drone doesn’t cost you a thing if you continue to do it recreationally. (Well, unless you break yours.) A hobby that’s almost free? Who wouldn’t like that?

According to data from 3D Insider, in 2017, the FAA stated that 770,000 drones were registered through them. One year later, in 2018, more than a million people flew registered drones in the skies.

This year, two million people were assumed to have signed up to register their UAVs. The FAA predicts that by next year, or 2020, the United States will have seven million registered drones.

Now, remember what we said in the last section, that you only have to get your drone registered if it weighs over 0.55 pounds. There are drones out there that are 250 grams or less, meaning you wouldn’t have to register them.

The number of drone owners may be even higher than the data from FAA suggests when you count these unregistered drones.

Also, you can have more than one drone that you use recreationally, but you’re required to register just one. That too can skew the numbers, increasing the number of drones.

3D Insider says that most people in the US, 59 percent, have seen people using drones, even if just eight percent of them owned a UAV themselves per data from 2017.

Breaking down the data further, of a million drones, most people used them recreationally. Up to 878,000 people registered their drones for that purpose. The rest, 122,000, made money through drone piloting.

You may be wondering if drones will remain something people really like or, in a year or two, become a forgotten fad. It’s hard to answer that question with any certainty, as we don’t have a crystal ball. That said, lots of hobbies and interests have had their moment in the sun and then had the spotlight dry up.

Those who hop on trends at that point would probably leave droning to pursue whatever’s more popular. The ones who are truly passionate about drone piloting won’t care that it’s not as hip to have drones anymore. If they love drones because of the excitement of flying or even for their money-making potential, then they’ll stick with them.

We recommend you do the same. If you’re wondering if you should get into droning, don’t let the activity’s popularity make up your mind one way or another.

Instead, think of what interests you about drones. If that’s enough for you to pursue it as a hobby or even a career, then go for it. It doesn’t matter what other people think or if it’s popular.

To prove that point, here are five awesome reasons that act as a testament to the greatness of drones.

1. They Can Track down Ancient Buried Finds

The world has many hidden treasures, but accessing these hasn’t always proved easy. For instance, to get to antiquities buried by time, helicopters are far too costly for the venture.

A pair of New Mexican scientists decided to use a drone instead. It was the CineStar 8, and it included its own camera capable of thermal imaging.

Through their digging, they gained access to a lost Puebloan community thought to be over a thousand years old.

2. They Have an Increasing Role in Hollywood

Move over, A-list celebrities. Drones may not get credit at the end of a movie, but their place in film is becoming undeniable. Particularly, the Flying-Cam SARAH 3.0 has captured footage for such feature films as Transformers: Age of Extinction and Skyfall.

3. They Let You Learn Programming

Want to become a coding master? Try getting your hands on a Crazyflie. This drone from Bitcraze is open-source, meaning anyone can hack and modify it for even more awesome uses than those you’d traditionally find with a drone.

4. They Can Track Animals on the Endangered Species List

More and more animals are at risk of extinction these days. The World Wildlife Fund has decided to fight back, using drones to fly in places with animals as a means of tracking populations.

Humans couldn’t necessarily get to these areas, and even if they could, we’d potentially scare the animals. Now these camera-equipped drones can venture to Kruger National Park in South Africa to check on the rhinos or Sumatra to peek on the orangutans.

5. They Can Help Us Learn More about Natural Disasters

Natural disasters like tornadoes and wildfires can devastate people and our planet, but drones can help.

Newer drones have been designed to withstand the dangerous winds of tornadoes. These UAVs can get inside the tornado, where their sensors can read information about the weather event. This way, meteorologists gain a better understanding of tornados and when they may occur next.

As for wildfires, the U.S. Forest Service has decided to use drones to capture video of wind data to glean the ways that wind patterns, terrain, and underbrush could cause future forest fires. Again, this acts as a preventative measure.

Drones have become so popular in part due to their price, which is low enough that most people can afford them. If you’re flying a drone recreationally, then you don’t need a license, only a registration. That makes UAV piloting more accessible, another reason people love drones so much.

As of 2020, the FAA estimates that seven million registered drones will fly in the air in the US alone. Whether the trend grows bigger in 2021 or it peters out is anyone’s guess.

Drones serve many a purpose though, helping to capture footage for Hollywood blockbusters and even studying at-risk animals and tornadoes for a safer, happier world.

If you’re thinking of picking up a drone, now is as good a time as ever!