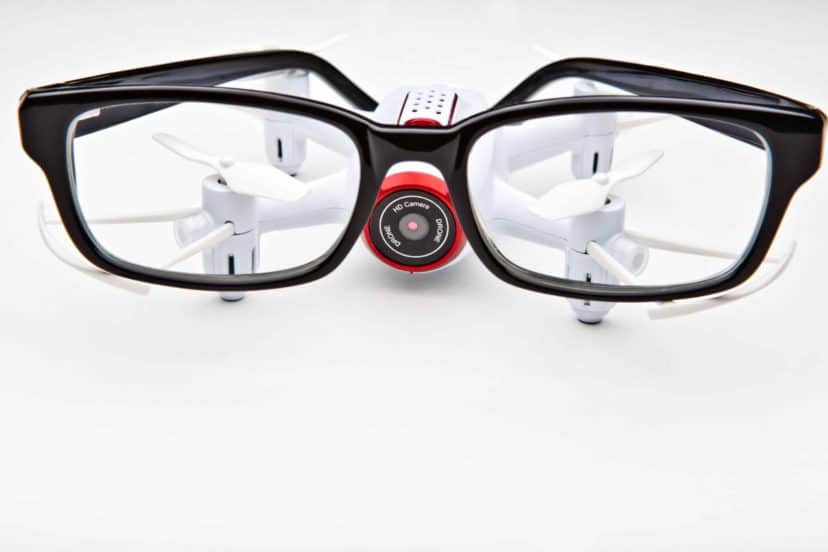 You bought yourself a drone a few weeks ago, yet it sits in its box, untouched. You want to use it, but you have so many concerns. What if you make a mistake when flying and accidentally break your drone? What if you crash into someone and hurt them?

If you wonder, “What should I do if I am afraid to fly my drone,” we recommend you do the following:

A fear of flying a drone is a perfectly natural one to have. Many drone owners before you have felt these same jitters and anxieties. Plenty of them were able to overcome their fears, and you can, too. In this article, we’ll provide tips and advice for doing just that.

How to Get Over a Fear of Flying Your Drone

Determine What Makes You Scared in the First Place

Before you can successfully overcome your fear of flying your drone, you have to decide what it is that terrifies you so much.

For instance, most people who have a fear of using their drones are afraid of breaking it. Drones tend to cost several hundred dollars and sometimes even thousands of dollars for the higher-end ones.

Should you make a mistake or another drone gets too close, you could crash your drone, wasting all that money. Its no secret that I wondered, What should I do if I am afraid to fly my drone”

Other people might be afraid of getting in trouble for flying their drone. Of course, you don’t need a license for flying unless you’re doing so for commercial purposes.

While the Federal Aviation Administration (FAA) does have rules about unmanned aircraft systems or drones, we will cover these later in this article. Knowing the rules might help you feel better about using your drone.

You may also be nervous at the prospect of accidentally flying your drone into someone and hurting them. An inexperienced drone pilot is right to have those fears, but someone with more training under their belts won’t have the same sense of trepidation.

If you feel uneasy about flying your drone because you’re foggy on the FAA rules, this is one of the easiest problems to rectify. Here are the rules for recreational fliers courtesy of the FAA. Save this article on your phone and refer to it when you need a rule refresher.

Practice in Areas Devoid of People

What if it’s the thought of crashing into someone that has you feeling sick with worry?

Well, for one, per the FAA rules, you shouldn’t ever bring your drone to a sporting event, concert, festival, or other public event with a large gathering of people. Still, even a park on a crowded night could have you feeling uncertain about flying your drone.

We recommend baby steps with this one. First, you want to practice in an empty area, such as a parking lot or even your backyard if it’s big enough.

Once you feel better about using your drone in these empty areas, start going to where people are, but not a lot of them. For instance, hit the park on a weekday afternoon during your lunch break.

Gradually start going to more public places. Don’t let people distract you. Focus on flying your drone. If you’re worried about hitting people, then fly your drone so it’s higher than anyone can reach.

Get Very Comfortable with Your Drone

You should never have a “what’s this button do?” type of moment when commandeering your drone. You have to know every last little feature of the drone inside and out. From that rarely-used remote function to what your drone will do if you rotate the remote stick backwards, you must learn it all.

To this end, if the drone brand you like has a cheaper model, we recommend you start with that. This way, if doing something on the remote accidentally sends your drone wildly careening to the ground, it’s not such a big loss.

Once you move on to more expensive drones, sit down and read the owner’s manual front to back and then again. You want to become quite familiar with its contents. If there’s something in the manual that doesn’t make sense to you, then watch fliers with your drone on YouTube.

In fact, we’d recommend doing this anyway. It’s a great way to see what your drone can do and how. Try to find videos where someone shows the remote controls they use to make the drone move a certain way. This way, you can learn by watching along.

The more confident you feel in your flying abilities, the less panicked you are if something starts to go wrong. You’ll know how to correct the issue, hopefully before it ends in disaster.

What should I do if I am afraid to fly my drone? Make a Worst-Case Scenario Plan

That doesn’t mean mistakes won’t happen. Even the best drone fliers make mistakes, so you should expect that you will, too. Maybe it’s your fault or maybe it isn’t, but one day, the worst happens and you end up crashing your drone.

You’re heartbroken, and naturally so. You’re also probably kicking yourself and mourning the loss of all that money you spent. In your head, you’re tallying up how much cash you’ll have to save to replace your drone.

Before it ever gets to that point, you want to have a plan in place for how you’d handle a broken or damaged drone. As part of this plan, you might look up drone repair options should your drone not be totally broken in an accident. You may start saving up to get a new drone as well.

Also, it’s worth considering getting your drone insured. This isn’t mandated by the FAA or anything, but it’s a smart decision. Now, there aren’t a ton of insurance companies that will cover your drone like there are for RVs or cars, but you still have some options. These include:

Drone insurance doesn’t come free, and the price you pay will vary depending on the service you go with and the model of drone you fly. Look into your options and choose an insurance plan that suits your lifestyle and budget best.

DJI drones can be insured through the DJI Care Refresh program. Learn about which models are covered and more here.

Having a worst-case scenario plan takes away some of that unbridled fear associated with a drone crash. It would still be very unfortunate if one happened, but you’d also know just what to do.

Only Fly How and When You Want To

Droning is a hobby, and as such, it’s something you should enjoy. Don’t let friends or fellow fliers create a peer pressure situation where you feel you have to fly higher, faster, longer, or do more impressive stunts.

At the end of the day, it’s your life and your drone. If you only want to fly for a minute the first few times you go out there, that’s more than okay. By keeping at it, you’ll find you feel more comfortable flying your drone for longer periods and even greater heights.

Only do that when you’re ready and not a moment before. If you go to a park and see five other people flying their drones and they’re all going higher and farther than you, that’s okay.

It’s not a competition or a race. Putting yourself in rough situations could lead to you crashing your drone. Those people you were competing with won’t pay to replace your drone, will they? No.

If you’re following the FAA safety rules, then you can fly however you’re comfortable with.

Use A Drone Tracker

Drone tracking devices help you locate a lost tracker. What does this mean to you? It can often mean losing your drone and thus the investment right away. If you want more check out this helpful guide on drone trackers.

What should I do if I am afraid to fly my drone? Conclusion

If the thought of flying your drone has your stomach tied up in knots, you should sit down and try to figure out why. If you’re afraid of getting in trouble or breaking the rules, then make sure you know FAA guidelines before you fly. This way, you can stay in compliance.

If you’re scared of hurting someone with your drone, then practice and practice some more. If you fear crashing your drone like many fliers do, then familiarize yourself with your drone as best you can. Read the owner’s manual, watch videos, and practice. Also, consider getting insurance. Good luck!