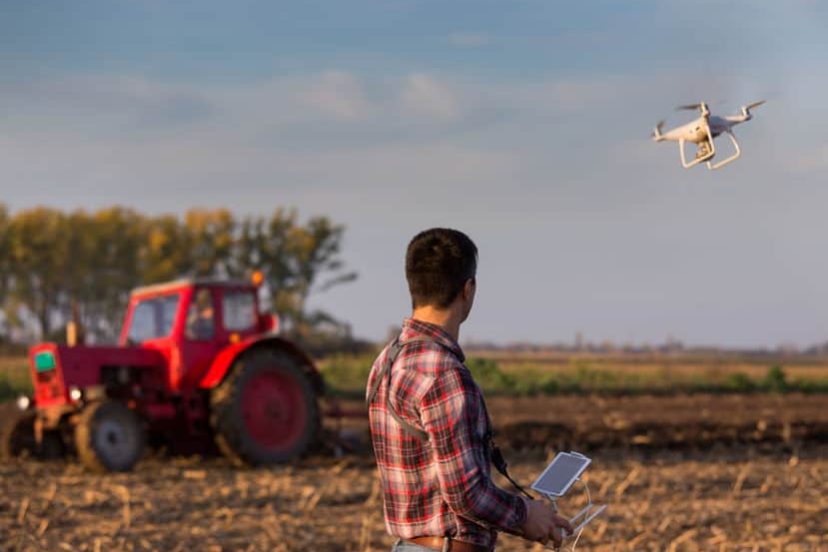 Through the information on this blog, you’ve done your research and bought your very first drone. Now you can’t wait to get outside and use it. The question becomes, how? Sure, you could practice in your backyard or fly around at the local park, but what else? What are the best uses for drones?
To answer, “What are the Best Uses for Drones Today?”

We have listed some uses below.

Curious to learn more about how drones play a role in so many fields? Keep reading, as we’ll elaborate on each of the above drone uses in this article. Whether you fly your drone casually or as a source of income, there’s no shortage of ways to enjoy yours.

Here is more Detail on What are the best uses for drones?

As we wrote about in our article about who hires drone pilots, drones are very much involved in the military. In fact, the military is the reason we have drones in the first place. These devices were involved in World War I, although they were very early and primitive drones compared to the models we know and love today.

Drones can survey an unexplored bit of territory, checking for threats like weapons, mines, and enemies. Since people don’t have to do this surveying, more lives end up saved. Using UAVs, it’s also possible to plan alternate routes that are safer for military staff to traverse. In this area especially, drones are very crucial. Drones even protect us from terror networks as this story shows. It is possible to even fly drones at night. You may want to know how to find drones flying at night?

Changing gears completely here, you’re certainly aware that drones are very fun for recreational purposes. We’ve talked about it on this blog before, but getting into drone piloting as a hobby is easier and more inexpensive than ever. You can buy toy or beginner drones for under $50. Not only that, but the FAA doesn’t mandate that recreational drone pilots get a license.

While you still have to follow the rules, the world is your oyster when flying your drone. You could even meet fellow drone enthusiasts during your adventures.

While the world needs minerals, gas, and oil, the means of harvesting these can be both invasive and even life-threatening in the case of mining. People still have to do the actual mining, but these days, drones can survey pathways and quarries to ensure they’re safe to work in.
Even better is how drones can determine if a quarry is even worth visiting. They do this through what’s known as quarry volume calculations. These calculations determine the volume of extraction the miners can expect. If it’s not high enough, then the miners should plan an alternate quarry with a higher volume instead.

Have you ever ordered something on Amazon and had it sent to you via drone? The company unveiled its Prime Air Delivery to UK residents for a while. In the world of food, pizza chain Domino’s could send your food to you piping hot courtesy of a UAV. Even convenience store chain 7-Eleven got in on drone delivery at some point.

There’s a reason every US-based company today isn’t sending out drones instead of post office drivers and delivery people. The rules set by the FAA are still pretty restrictive, thus limiting the scope of drone delivery for the time being. With some designated test sites already established across the country, we sense it’s only a matter of time before drones will drop things off right at your door!

Another critical use for drones is to aide the environment. We’ve only got one planet, after all, and UAVs are doing a stellar job to save it. How? Drones can do very quickly what it would take us people a lot more time and difficulty to achieve. That is, drones can patrol rainforests and other at-risk environments, capturing footage of the condition of these places. Even better, they don’t disturb the ecosystem living there like we would.
Whether it’s to study the condition of volcanic craters, the rate at which glaciers are melting, how air quality changes higher in the air, deforestation levels, or river erosion, UAVs do a lot of big work.

Several industries have benefited from a drone’s ability to inspect properties. Real estate is one of them. The aerial photos and videos you enjoy as you browse homes online are courtesy of drones today more than ever. Now there’s no need for a person to climb to great heights to capture those kind of shots.

In construction, drones can take video of a site in progress, feeding this information back to the site manager. This person doesn’t always have to be on-site to see how the construction team is progressing.

The insurance industry has also become more efficient thanks to drones, something we’ve discussed on this blog before. Rather than have a team come out and look at a potentially dangerous property, a drone can take care of the job.

Speaking of dangerous jobs, few are higher up on there on the list than window cleaning. Those employed in this role must tidy up high-rises that are hundreds, sometimes thousands of feet in the air.

In parts of the world like the UK and Germany, drone window-cleaning companies have begun popping up. While these have yet to carry over to the US, it seems like it will happen sooner than later. These drones can even clean up roofs, as they’re not afraid of any heights.

A little piece of flying machinery may not be as scary as a burly security guard, sure, but when you put the two together? That’s where the real magic happens. Drones can be used to monitor the border, as they have in Estonia through the Police and Border Guard. They can also patrol for illegal activities such as drug exchanges in any country.

Drones don’t always work super hard. Sometimes, they’re used to entertain the masses. At Disney parks, you can see light shows starring drones. The shows began around 2016 and are still running strong. In fact, this time of year, if you visit a Disney theme park, you could possibly see the Starbright Holiday Drone Show.

Here’s a video of the drones in action from 2016. That year, Disney used 300 drones in the show. In the clip, you can see the UAVs illuminate in different colors and seamlessly organize into shapes like Christmas trees.

Technology has allowed movies and television to come a long way. Instead of having to make real creatures for movie sets, they can be edited in during post-production through CGI. Rather than shoot everything onsite, green screens can make actors look like they’re anywhere.
Also, for those heart-pounding, jaw-dropping action scenes, directors and video graphers don’t have to risk life and limb. Drones can step in and capture amazing footage that makes your favorite shows and films award-worthy.
As we talked about in our post on hiring drone pilots, some movies that have used drones include The Expendables 3, Jurassic World, and Captain America: Civil War.

With a drone, anyone can be a photographer or videographer. If you capture something amazing and send the footage into a news agency, there’s a chance your drone video or photo can show up on the news. You’d get paid for your contribution, of course.
Drones can also capture flawless sports footage that makes you feel like you’re really there watching the game. The quiet, speedy operation of today’s UAVs makes catching up to any athlete a breeze, something that human video graphers can’t always say. The drone can also get a lot closer to the athlete as well as shoot from dynamic angles only achievable when in flight.

At the very least, the quick flightpaths of drones make them an ideal choice for transporting supplies and gear to survivors of natural disasters. With so many hurricanes and other storms afflicting people all over the country (and the world), the need for fast disaster relief is probably at its highest. It’s a good thing we have drones!

It’s even possible for the drones to do the rescuing. So is the case of Little Ripper, a drone in Australia that was attributed to rescuing two boys in the ocean. When other swimmers on shore saw what was happening to the kids, they ran to the lifeguards.

This is where it gets interesting. The lifeguards then deployed their drone, which got to the kids in a little over a minute (70 seconds exactly). Little Ripper was equipped with a rescue pod that could inflate on its own. The boys grabbed the pod and got back to shore safely.

As we’ve illustrated in this article, the purposes of drones are multiple. As for what constitutes the best use of drones, that’s up to you to decide. With their innovation, drones can entertain us, protect our planet, and save lives. That makes the UAV one of the best pieces of tech we have today.