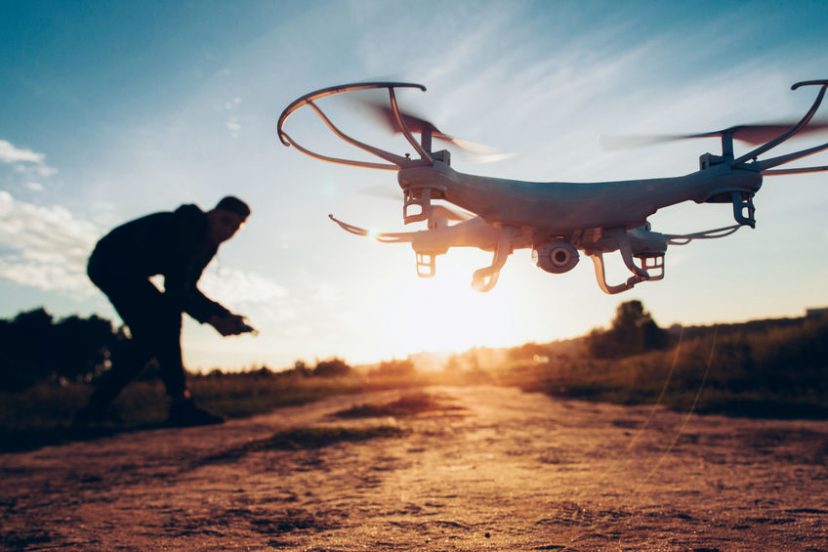 You’re new to the world of drones and thinking of buying your own soon. You’re quite impressed with DJI’s offerings, but that’s a lot more money than you want to spend on a drone. Yet you also don’t want a cheap UAV, as you’d like yours to last. A friend recommended the Propel Snap 2.0, but you’ve never heard of it before. What is this drone and is it right for you?

The Propel Snap 2.0 is a foldable, compact drone that includes its own 720p HD camera. With three speed settings, this drone is suitable for those new to the hobby as well as more seasoned users.

We’re sure you want a lot more information on the Snap 2.0 before you make a decision. That’s what this guide is for. In it, we’ll further introduce you to this drone, then cover its features, pricing, and availability. Keep reading!

What are the features of the Propel Snap 2.0 Drone?

The Propel Snap 2.0 is mostly known for how beginner-friendly it is, but it’s anything but a basic first-timer’s drone. More advanced UAV users might also gravitate towards the Snap 2.0 due to its awesome price (more on that later) and sleek look.

Here are the features included with this drone.

One of the biggest issues with more inexpensive UAVs is that they’re often missing stability features. When you combine that lack of stability with a beginner’s inexperience, it’s a recipe for a drone that’s broken much sooner than later.

That’s not so with the Propel Snap 2.0. This drone includes a 6-axis gyro that lends the UAV more stability. More so than that, its maneuverability also increases so you can use this drone for doing all sorts of cool tricks that will impress your friends.

You know you won’t get the multi-mile flight range that you do with some DJI drones if you buy a cheaper brand, but you still want to be able to fly your drone decently far. The Propel Snap 2.0 could be what you’re looking for. The manufacturer says you get a flight range of up to 300 feet. This is achievable thanks to the wide-range digital radio this drone is outfitted with.

As a beginner, you’ll want to stick to a lower speed setting on your drone while you’re still learning the ropes. This can prevent you from accidentally sending your UAV careening into the closest tree or the side of your house.

The Snap 2.0 includes not just one, not two, but three speed settings. Besides being ideal for beginners, the lowest speed setting is also good for leisurely drone flights, such as if you want to take photos.

Once you get used to the lowest speed, you can boost your Snap 2.0 to the second-highest speed setting. For even more thrills, feel free to ratchet up the speed one increment further. We couldn’t find a max MPH range for the Snap 2.0, but here’s a YouTube video that shows the drone in what we assume is the fastest setting available. It’s a pretty speedy UAV!

Once, if you wanted a camera included with your drone, you had to pay the big bucks. These days, more and more drone manufacturers have begun including camera and video technology with their UAVs, enough so that the price doesn’t have to be sky-high.

The Snap 2.0 has a 720p high-definition (HD) camera onboard. It can take photos and/or videos, and Propel says this drone can shoot streaming video as well. With air-pressure sensor locks, even when you’re in flight, your videos should be stable.

From the day you buy your Snap 2.0 for the next year, you can get replacement parts for free on an unlimited basis according to Propel.
How Much Does the Propel Snap 2.0 Cost?

We mentioned before how the Propel Snap 2.0 drone isn’t very expensive, but exactly how much does it cost? This drone is available for between $65 to $79 new. Considering the wealth of features above, you can see why the Snap 2.0 is considered such a good value for the money.

Where Can You Get the Propel Snap 2.0?

Are you looking to get your hands on your own Snap 2.0? If so, where can you buy it?

Amazon has the drone available new for $79 from multiple sellers. You can also pick up this drone from retailer Mercari as well as Micro Center. Other than that, this UAV is a bit tricky to find.

You can always check resellers like eBay or the Facebook Marketplace. We’ve seen several listings of the Snap 2.0 on eBay, but since eBay products expire, we can’t provide any links here. We recommend saving your search so when one pops up, you’re the first to see it.

Should You Buy the Propel Snap 2.0?

Now that you have all the information on the Propel Snap 2.0, it’s decision-making time. Is this the right drone for you? To help you decide, we’ll go point by point over some pros and cons.

Pros
For the price, the Snap 2.0 is a quality drone. The variable speed settings give everyone from beginners to intermediates something to enjoy about this UAV. That it compacts is a nice feature, as is the included photography and streaming video capabilities.

Cons
We have to get into some of the downsides of the Snap 2.0 so you can be confident in your choice. To find this information, we combed reviews on Amazon and across YouTube to see what people had to say about this drone.

First, you do have a surprisingly short flight time with the Snap 2.0, between 8 and 10 minutes. If you’re new to UAVs, that’s enough time to get a feel for your drone and do some basic flying. Should you want to spend an afternoon at the park with your drone though, the Snap 2.0 is probably not the one you want to buy. Its flight time is just not long enough.

Further, it takes a long time to recharge it. Although the Snap 2.0 uses a lithium-ion polymer battery, also known as a lipoly, you have to wait around 110 minutes for the battery to fully charge according to Walmart’s description of the drone (it’s sold out on Walmart, FYI).

Yes, that means you’re standing around for upwards of two hours just to get 10 minutes of drone usage max. That’s kind of a waste of your time. Also not helping the Snap 2.0’s case is that some users have said the remote can heat up when you’re operating it, which could be a potential health risk.

Another complaint that some users have is that despite that Propel says the Snap 2.0 can fly 300 feet, they found the drone doesn’t go much further than 100 feet before losing signal. This can be kind of disappointing but not altogether unexpected considering the Snap 2.0 is a cheap drone.

It also appears that the Propel company might not be in business anymore, as we couldn’t find a website for them. The Snap 2.0 is also only available through third-party retailers such as Amazon.

All said, considering that the Propel Snap 2.0 costs under $100, you shouldn’t be surprised that it’s not the most well-functioning drone on the market. Yes, it is a bummer that you can’t find replacement parts, but considering you didn’t spend that much money in the first place, if you can’t get new parts, you’re better off buying a new drone anyway.

The Propel Snap 2.0 is a low-priced drone that can compact for portability. It includes an HD camera for capturing video and photos too. The sturdy axis allows for security when flying, and features within the camera keep your video footage steady and sure.

Admittedly, the Snap 2.0 is not without its problems, but for a drone that’s less than $100, you have to anticipate it won’t be perfect. The biggest issue by far is that the Propel brand seems to have disappeared and the Snap 2.0 isn’t widely available.

If you can buy one and you’re a beginner looking for your first drone, then by all means, do it. Once you’re a more intermediate drone user though, you’re probably better off saving your money for a DJI or another more quality brand.