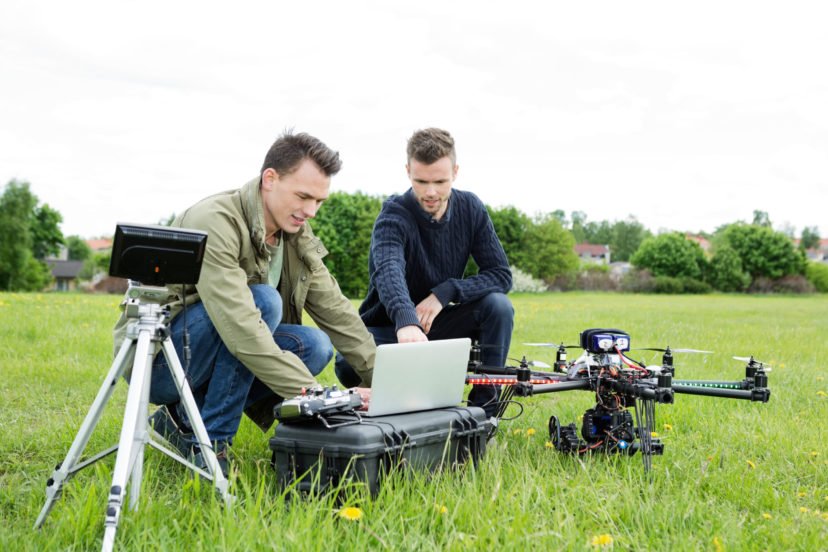 Recreational drone pilots (also called hobbyist) had been held to a different standard than Part 107 pilots (also called commercial pilots). In many ways hobbyist were limited in what they could do. For example they have to keep their drone below 400 feet. But 2020 brings a few changes in recreational drone pilot rules & requirements that make it mandatory to follow some Part 107 rules and regulations. Now to be clear you are a hobbyist if you only fly drones for fun and not for any sort of profit. Only Part 107 certified drone pilots can do any form of commercial work, it doesn’t matter how big or small the job is if any payment is involved then legally you need to have a Part 107 certification. Learn the steps to get your Part 107 here and see who is hiring part 107 pilots here.

Now some of these changes haven’t been implemented yet, but they will happen soon. Here are the changes recreational or hobbyist drone pilots need to be made aware of.

Originally recreational pilots didn’t need to take any training like a class or exam in order to fly a drone, however that will soon change. This upcoming change will legally require recreational pilots to take an “online aeronautical knowledge test and safety test.” Upon passing the test hobbyist will then have to carry some form of proof that they passed the test when out flying. There have been rumblings before and though it hasn’t been implemented yet it will be coming. So while hobbyists won’t have to get a Part 107 certification specifically, they will need to take a test in the future demonstrating their abilities and knowledge of UAV flying.

The FAA is now requiring that all drone pilots register their drones. Specifically drones that weigh .55 pounds or 250 grams. It doesn’t matter if you are a hobbyists that only flies at home, if you plan of flying in your backyard or in any open space outside and the drone is .55 pounds/250 grams or more they are required to register that drone. The only exception to this requirement is if a hobbyists only plans to fly the drone indoors.

In order to register a drone you must be 13 years old or older, be a U.S. citizen or a legal permanent resident and have a credit card. People visiting from out of state will need to register their drones upon arrival is the US. If you have more than one drone than you must register each and every one of them that fits the weight requirement.

Upon getting the drone/aircraft registered the Pilot must put their registration number on drone and carry proof of registration with them, similar to having car registration.

Drone Pilot Rule for Getting Authorization

A major change being implemented for hobbyists is getting authorization when flying in controlled airspace. A simply notification is no longer acceptable. Meaning that if a recreational drone pilot is planning on flying within five miles of an airport or any location where there is Air Traffic Control (ATC) services being provided they need to get authorization before they can fly. No authorization means no flying!

The only time hobbyists do not need to get authorization to fly in controlled airspace is when flying in a recreational flying field. These fields are designated areas for recreational aircraft run by the Academy of Model Aeronautics (AMA). These sites, when near a controlled airspace will usually have an agreement with the FAA so that hobbyists are able to fly without needing to ask for permission.

To use LAANC pilots can go to websites like Air Maps or Air Space Links, both include recreational and commercial use options, which will have a chart and map that will show them the controlled airspace in their location. Maps will have overlays or a grid that signify different air space classes (A, B, C, D, E). This will allow pilots to locate the quadrant they want to fly in and will inform the pilot of the maximum altitude they are allowed to fly. Quadrants vary from 400 feet to 100 feet, if a quadrant is labeled as zero then there are no flights allowed in that area under the LAANC system.

Though the system is automated and pilots will be able to gain authorization in near real-time, there are cases where more coordination is needed. This can mean that people have to get involved in the authorization process. So pilots can either submit a request and wait weeks for authorization or they can use LAANC system to speed up the process.

At its core these changes are meant to make hobbyist more like Part 107 certified drone pilots (i.e. drone pilot rules change) as well as making rules that will help keep controlled airspace safer. If you do not want to get your part 107, but want to up your skills check out these drone training schools. Though all states have their own individual laws concerning drones they all require that all pilots adhere to the FAAs rules and regulations, especially when it comes to commercial use. By making these changes the FAA is essentially encouraging hobbyist to get a Part 107 certificate because it doesn’t hurt to have one. Even if drone piloting will only remain a hobby by having the certification pilots can still fly for fun and having the certification simply means that if they are asked to do a drone related job they have that option to.