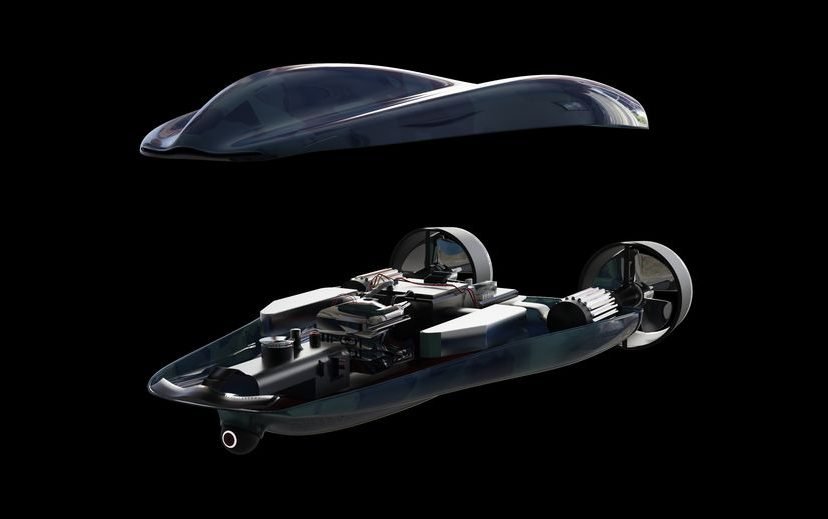 For areas of research, inspecting ships, and even film making, an underwater drone with camera is quickly gaining in popularity. These remotely-operated vehicles or ROVs include a camera so the user who’s on land can see what’s going on under the water. If you’re thinking of buying your own ROV, how do you choose the right one?

Best factors to keep in mind when shopping for underwater drone with camera:

In this post, we’ll further expound on these qualities of a good underwater drone. We’ll also recommend a few ROV models with cameras so you can get everything you need out of your drone. You’re not going to want to miss this.

The first consideration for your underwater drone is whether it’s wireless or wired. A “wired” ROV, to speak, includes a tethering system with a buoy or cable. The cable connects to the buoy, which can also be a beacon that floats in the water depending on the model of the drone.

You then send your ROV out to sea with the confidence that since it’s tethered, you can always bring it back. Some tethered systems can also increase the video capabilities of your ROV, allowing for a live video feed.

Given that the cable can only stretch so far, a tethered underwater drone is limited in its travel capabilities. That’s why some manufacturers have begun producing wireless ROVs. These are more uncommon than the tethered kind, at least as of now.

With a wireless underwater drone, it can move through the seas more freely. However, should your drone exit its range or get caught in a strong wave, without a cable, you can’t necessarily get it back to shore.

Another huge consideration when shopping for an underwater drone is its battery life. Given the purpose of ROVs–including underwater exploration–you don’t want your drone to quit on you 30 minutes into the venture.

In 2020, the shortest battery life you’ll get out of an underwater drone is 60 minutes. Such ROVs as the Notilo Plus iBubble and the Chasing Dory have an hourlong battery, which is admittedly very short. Other models double the battery life at 120 minutes, more still can last for 180 minutes, and some for 240 to 270 minutes.

The higher-end underwater drones boast a battery life of 300+ minutes, and one can even stay in the water for 480 minutes. In case you’re wondering how many hours 480 minutes is, it’s eight! That should give you more than enough time to explore every last corner and crevice of underwater sea life with your ROV.

Outside of whether your underwater drone is tethered or wireless, you have to research also its diving depth. You don’t necessarily get a greater depth out of a wireless drone than a tethered one. What seems to matter more is the quality and price of the ROV in question. A higher price tag also correlates with longer battery life, unsurprisingly.

The Chasing Dory, besides being crowned the underwater drone with one of the shortest battery lifespans, also has the least amount of diving depth. This drone, which is tethered, can go only 15 meters. If you prefer your measurements in miles, that’s 0.009 miles, so it’s a long way off from even a single mile.

Some drones are limited at a diving depth of 30 to 60 meters, but for many underwater drones on the market, they can dive at least 100 meters deep. Others can go even deeper, such as 150 meters, and in some cases, even 300+ meters.

As you sink deeper into the sea, the natural lighting dwindles. According to the National Ocean Service or NOAA, at about 656 feet deep, or 200 meters, all natural sunlight is gone. If your underwater drone can go that deep, it needs a built-in light or any footage you capture on the camera will come out all black.

ROVs will always include LED lighting, but how strong that lighting depends on the drone. Some have an output of 2,100 lumens and others 3,200 lumens. A lumen is a luminous flux unit that measures how much light the LED can emit over a specified period.

If you have an average 60-watt lightbulb, that produces light at a rate of 750 lumens, maybe 850 lumens. Anything over 1,000 lumens is considered the standard, so underwater drones with more than that are very much sufficient.

You also need an ROV equipped with an exemplary camera. The standard quality of footage from today’s ROVs is 4K. The video resolution may be 3840×2160 as a default, but some drones might have as many as 4000 pixels. This gives you a much bigger resolution for shooting in 1080p high-definition or HD.

To make your underwater drone even more efficient, some will have the capability for add-on accessories. These might include ballasts, robotic arms, and even the allowance of first-person view goggles so it can feel like you’re under the water with your ROV even though you’re safe and dry.

The final consideration when choosing an underwater drone with camera is the price of the ROV. How much you’ll spend on your drone all comes down to the model you select.

For example, going back to the Chasing Dory, this drone is affordable at $499. However, when you think about how it falls short in several key areas, including diving depth and battery life, you’ll probably want to spend more money on your ROV.

Now that you know what’s important to consider when shopping for an underwater drone, you might want a few ROV models to start with. We’ve got you covered. Here are three underwater drones at different price points that should accommodate different budgets.

The first ROV worth checking out is the Geneinno Poseidon, which is priced between $1,000 and $1,600. This tethered underwater drone features a Wi-Fi 2.4-gigahertz buoy that you can access by downloading the Geneinno app. The app also doubles as a virtual remote for the

The 1080p HD camera includes a wide-angle lens that can cover 120 degrees. Videos are captured at 30 frames per second for smooth playback. You can even stream live video! The battery lasts an average of 300 minutes, so feel free to take some great footage.

A triple-thruster within the Poseidon lets you move this underwater drone in six different ways, including turning right, turning left, going backward, forward, upward, or downward. With a self-balancing control system and a posture sensor, the Poseidon stays right even as it gets deep in the water. How deep? Up to 100 meters, which is pretty good.

At about $15,000 is the QYSEA FIFISH V6, a neon-colored underwater drone that’s compact for easy travel. It includes an ultra-HD or UHD 4K camera as well as a 100-meter Kevlar tether, a remote control charger, an underwater robot charger, and a tether spool.

Encompassing VR tech, the FIFISH V6 has a Head Tracking mode that lets you watch what the drone captures in stunning first-person view. The fixed lens moves 166 degrees, making it more encompassing than the Poseidon. This underwater drone also supports DNG and RAW photo files and H.265 HEVC video.

The QYSEA FIFISH V6 has a 270-minute battery life and can dive an impressive 100 meters. When you add to that its great camera, this is one solid all-around ROV.

The last underwater drone we want to discuss is the Deep Trekker REVOLUTION, which is considered the best of the best of underwater drones with cameras. This tethered drone cam dive 305 impressive meters deep into the ocean or other water, and it also has one of the longest battery lifespans of any ROV, an astounding 480 minutes.

With positioning and sonar settings, a 260-degree camera, and 4k video and photos, it’s no wonder the REVOLUTION wins so much acclaim. Do keep in mind that for an underwater drone that’s this good, you’ll pay between $10,000 and $50,000 for it!

Underwater drones or ROVs feature cameras for capturing video and images while deep in the sea where people might not be able to reach. The most important factors when buying an underwater drone are battery life, lighting, and diving depth. Most of the time, to get those features, you need to pay $10k for an ROV or more. To get the best deal go here to learn more about the best time to buy a drone.

Like flying drones or UAVs, as underwater drones become even more commonplace, their prices should come down. Until then, you know how to find a quality underwater drone through this post.

Drones with thermal cameras are incredibly useful in many scenarios, offering thermal imaging of different environments.…