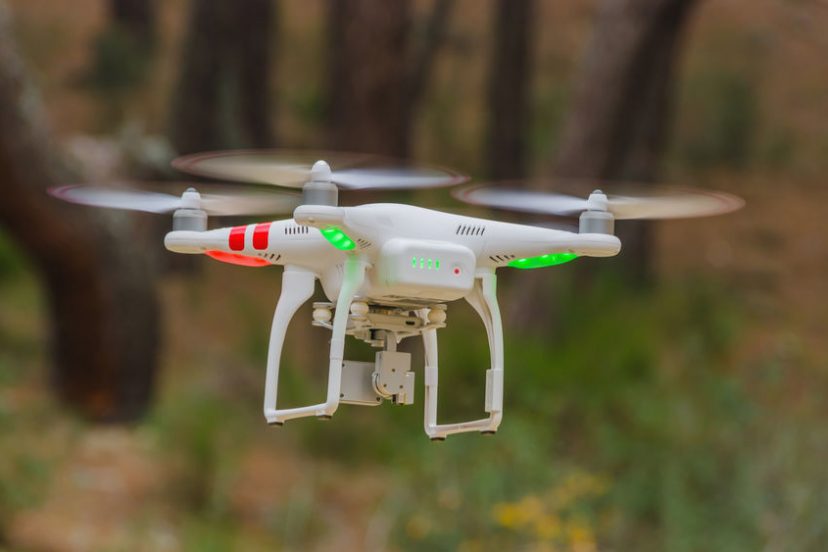 The Phantom series of quadcopter drones from DJI has been around for the better part of a decade. The first version debuted in 2013. The first Phantom 4 model appeared in March of 2016, and the first Pro edition came later that same year. Our topic here, the DJI Phantom 4 RTK, is the sixth iteration and has been available since October of 2018. So, you can see that DJI has a long (in technology terms) history of experience with this level of drone knowledge.

The Phantom 4 RTK is made for professionals who need extremely accurate positioning relative to their drone usage. RTK stands for real-time kinematic. Kinematics is sometimes called the “geometry of motion”. Very generally, it refers to the motion of points, bodies (like the quadcopter and whatever it’s taking pictures of), and systems of bodies.

According to DJI, “While previous Phantom Series drones were built around professional photographers and hobbyists, the Phantom 4 RTK was designed for industrial users for high-precision mapping and other data acquisition missions.” Apparently DJI had people like surveyors in mind when they created this machine. If that sounds like an application that you are working on or are interested in, then the Phantom 4 RTK is just what you’ve been searching for.

The camera in the RTK is similar to those found in its parents, but other additions to the package make it more accurate and useful. There is an RTK positioning module (as you would expect), a new TimeSync system, a mapping app, and more.

The Phantom RTK has a lens distortion recording process that goes through a calibration process that measures the distortions of the lens itself and then records corresponding parameters that are no longer distorted. You can thus produce images without distortion correction; that is, they’ll be better than those made without this highly-technical process.

Accurate positioning to the nearest centimeter is a huge feature of the RTK. With RTK enabled, the horizontal hover accuracy range is ±0.1 meters. Without RTK turned on, you only get ±0.3 meters via visual positioning and ±1.5 meters with GNSS positioning. Quoting DJI again, “Due to the high resolution, the Phantom 4 RTK can achieve a ground sample distance (GSD) of 2.74 centimeters at 100 meters flight altitude.”

All of this only works so well because of DJI’s TimeSync system that continually aligns all the pieces – flight controller, camera, and RTK module. In addition, the OcuSync Transmission System gives you top notch HD images and video transmission from as far away as 7 kilometers (about 4.3 miles). This is an awesome feature, especially if you’re mapping large sites.

The accompanying RTK app let you pilot accurately with planning modes such as Photogrammetry (both 2D and 3D), Waypoint Flight, Terrain Awareness, and Block Segmentation.

Common Features and Specs of the Phantom 4 RTK

In case you’re not familiar with other Phantom 4 models, here are some of the more common specs that apply to the RTK. Its take off weight is 1391 grams

As usual, when examining a number like flight time, you have to keep in mind that it was recorded under optimal conditions. Such conditions rarely occur in real life, so you sound expect less than 30 minutes of flight time on a fully-charged battery. Still, you will be able to accomplish a lot with even 20 minutes or so in the air.

How Does the RTK Compare to Other Phantom 4 Models?

We mentioned earlier that the Phantom 4 RTK is similar, but more sophisticated than, the previous iterations in this DJI line of drones. Here we’ll give you a brief comparison of the RTK to each of the other Phantom 4 quads so you can better tell whether you should get the RTK or one of the others.

If we take the Advanced model as the current “basic” machine. Here are some of the main changes DJI made from one edition to the next.

The Advanced still uses the older 2.4GHz frequency band. The Phantom 4 Pro steps up to the 5.8GHz band. The Pro also improved its obstacle avoidance capabilities.

While the Phantom 4 Pro Obsidian did include a few minor upgrades, the main difference here is that it’s black, instead of the standard white that the Phantom has become known for.

The Pro V2.0 made more obstacle avoidance upgrades. It also introduced OcuSync (see above) and was the first DJI model to feature an infrared sensing system.

Next in line comes the RTK which includes the advances mentioned earlier. Finally, DJI created the Multispectral in 2019 that has an imaging system designed especially for agricultural uses.

Especially with these latest two versions, it seems that DJI is becoming more and more specialized with its drone designs. So again, if you need a machine that is so specific in nature, then you should definitely look into the RTK or the Multispectral. Everyone else should probably be thinking more along the lines of the Phantom 4 Pro V2.0.