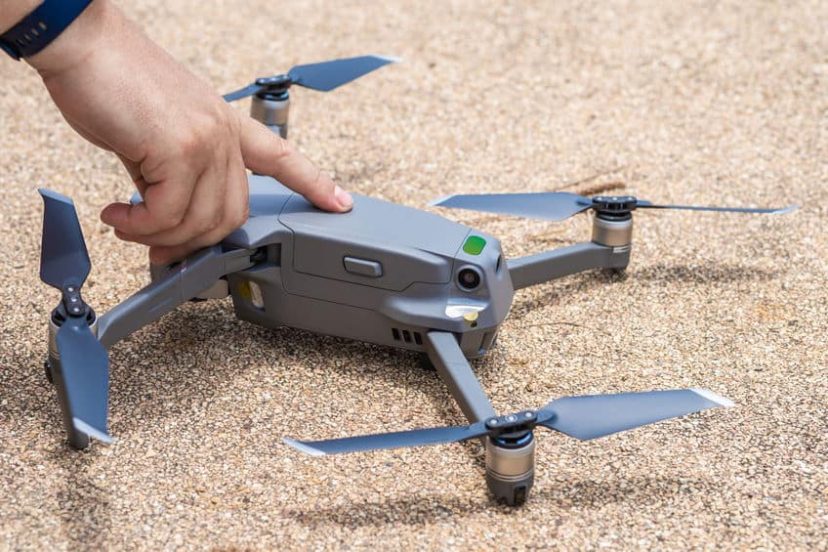 You always do your best to be careful when operating your drone, but accidents can happen. Should you mishandle your own drone or have an incident with someone else’s, should you expect any injuries? For instance, can drone propellers hurt you?

Yes, drone propellers can cause serious injuries and—although rarely—possibly even death. That said, it does depend on the size of the propeller, with medium and smaller ones generally safer. Larger propellers or those attached to custom-made drones could be more damaging.

Concerned? It’s good to be proactive, and in this article, we’ll help you become more aware of the injuries drone propellers could cause. Make sure you keep reading, as you won’t want to miss it.

As we covered in the intro, there’s no doubt you can sustain injuries if you got hit by a drone propeller. The types of injuries are something we’ll discuss later in this article. Before we get to that though, let’s talk more about drone propellers themselves.

It’s no secret that not all drones are the same. That cheap toy drone you bought is not going to have nearly the same features as a $2,000 DJI drone. The toy drone also lacks the craftsmanship. Keeping all that in mind, while it’s certainly possible to be injured by a drone propeller, not all propellers will necessarily be serious.

Let’s talk about the factors that make some drone propellers more injurious than others.

The first factor that comes into play is the size of the propeller in question. You might assume that a smaller propeller could almost bounce right off you. That might be the case with a mini drone or a very small toy one, sure. However, if it got too close to your face, a smaller drone’s propeller could cause some damage.

What about bigger props? These can lead to even more harm because of their very size.

Whether you’ll be left with a nick or a pretty serious wound also comes down to the material of the prop. Toy drones and other inexpensive UAVs almost always have plastic propellers. Be warned, just because these are cheap doesn’t mean they can’t hurt you if they hit you just right.

Expensive drones use more durable materials. For example, the Phantom 4 from DJI has fiberglass propellers with a layer of composite for reinforcement. It would definitely be quite painful if you got hit with a prop made of such tough materials!

That’s because no matter the size and material, if going fast enough, any drone propeller becomes a risk if you’re very near it.

How Fast Do Drone Propellers Go?

Let’s take a deeper dive into the speed of drone propellers and how these can influence most of the damage possibly caused by a UAV. In 2016, The Next Web published the results of a study done at the Drone Research Lab at Aalborg University in Denmark. The researchers wanted to see what kind of harm a drone prop could cause if met with human skin.

The safest way to test this was to use pork flesh, as it’s a lot like the muscles and skin found in us humans. The researchers launched a drone into the pork at a speed of about 20 miles per hour. The prop they used for the study was made of carbon fiber.

Here’s a video of what happens:

As you can see, the propeller rips right into the pork before colliding with the slab, one propeller buried deep within. Now, you might feel like you’re watching that video in super-slow motion, and that’s because you are. It was captured using a high-speed camera to showcase all the grisly details. You can see the video at 25 frames per second rather than the above 3,200 frames to check out the collision in real time.

Although this was done in a controlled environment, the study proves that you don’t necessarily need to operate your drone very quickly to hurt someone badly. After all, 20 MPH is not that fast.

What Kind of Injuries Can You Sustain from a Drone Propeller?

Okay, so thus far, we’ve alluded to the kind of pain that a drone propeller could unleash if it collides with another human, but let’s go in more detail now.

At the very least, you could end up cut by a drone propeller. Smaller props are more likely to cause this damage, which is just surface level. Yes, you’ll be bleeding, and so the injury might look somewhat serious, but there’s rarely any need for medical attention for a surface cut. You should go home, staunch most of the bleeding, use an antiseptic on the injury to prevent infection, and bandage it.

Within a few days, the injury should scab up. If you leave the scab alone, it may not scar. The worst complication from a surface cut would be infection, which you could possibly develop by skipping the antiseptic. Otherwise, while this would be a painful injury for the first few days, it’s nothing life-threatening.

Surface cuts are those that enter slightly into the skin’s top layer. If you have a laceration or a deep cut, this goes into the skin much deeper than a surface cut. The pain may be about the same (or worse), but you’ll have a lot more bleeding.

You can possibly go home with a laceration and ameliorate it yourself. It all depends on what you hit and how much it’s bleeding. If you can’t staunch most of the bleeding within an hour or so, or if you put on a bandage but you’re bleeding right through it, you should seriously consider getting attention from a medical professional. It’s possible you may need staples or stitches for the injury, and only a medical professional should administer these.

Lacerations, due to their severity, may be more likely to leave a scar than a surface-level cut. The same recovery precautions should be taken, such as using an antiseptic and letting the injury scab up when the time comes.

You probably don’t think to use any protective eyewear when flying your drone, right? Sadly, if a UAV—be it yours or someone else’s—gets too close to your eyes, it could be very bad for you. Even eyewear isn’t a guarantee, as a drone could hit the side of your eye where the sunglasses or glasses don’t cover.

You could then end up with a variety of eye injuries, such as:

Depending on the severity of the eye injury, it’s possible to permanently lose your vision from a drone accident.

Only the biggest propellers made of very hardy materials can cause your limbs to be cut off in an incident involving a drone. It’s rare, but it can happen. You’d be more likely to lose a finger than your entire arm.

Your wrist and neck are home to crucial arteries. These major arteries take blood from your heart and deliver it to the rest of your tissues and organs. Since they contain so much blood, if these arteries were to sever, the bleeding that would occur would be in huge quantities. It would also happen very quickly.

If you don’t think a drone could rip open the skin in your neck, then take a look at this clip from the popular TV show MythBusters. It proves that that exact thing can happen.

Again, it’s all circumstantial, in that a bigger, more durable drone propeller would have to come at your neck at a high speed. The chances of that happening may not be high, but it’s a possibility. As the video illustrates (using a model and blue fluid for blood, so it’s nothing gory), such an injury would mean practically instant death.

“Can drone propellers hurt you,” is a question that we can all answer yes. Propellers can cause injuries, but the severity will vary depending on several factors. For instance, the material, size, and speed of a prop could be the difference between a surface cut or an abrasion. Drone propellers could even lead to death if they connect with a crucial artery. One way to be safe is to exercise sound safety habits when working with drones and to know the basics of operating  drones. View the basics of drone operation here.

Whether you’re flying your UAV for the first time or the hundredth, it never hurts to brush up on your safety rules. You should also always be aware of your surroundings to prevent getting hit by someone else’s drone. Best of luck out there!