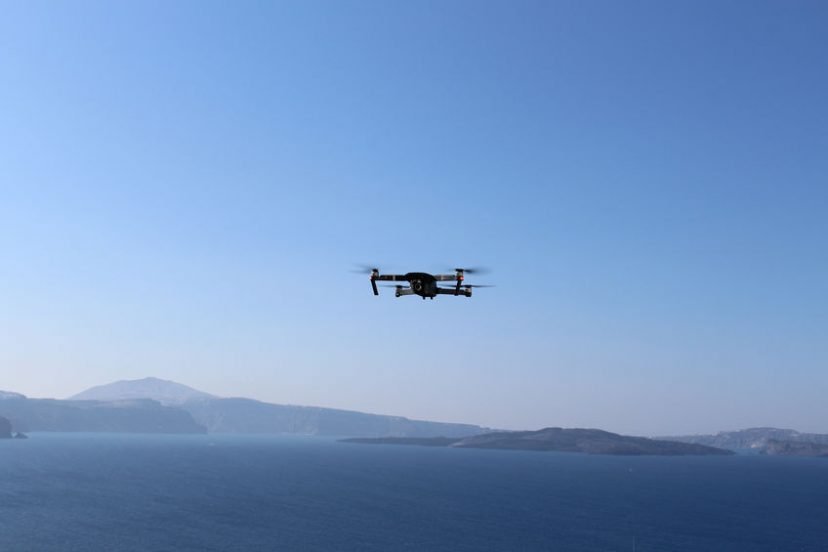 Long range drones can fly a long way from the user and still produce exceptional video and picture quality. We review the best drones on the market with the longest ranges.

When buying a drone, you have many things to consider. The controllable range is arguably one of the most significant factors. What does this mean? In essence, it refers to how far apart the drone can fly from the user. Well, the technical definition is the distance between the transmitter and receiver, but this relates to the drone and the user controls. Ideally, the longer the range, the better.

If a drone has a long-range, it lets you fly it high into the sky and far beyond where you’re standing. This lets you see new perspectives and capture photos or videos that other drones aren’t capable of. Some drones have excellent features and are good for things like real estate photography, but they lack the range to work in other scenarios.

Here are Reviews of the best long-range drones:

The DJI Mavic 2 was released midway through 2018, and it took over from the highly commended DJI Mavic. The original Mavic range is no longer being made, but that’s no problem with the second generation of drones. Currently, it sits at around $1,449 for the DJI Mavic 2 Pro. There is another version called the Zoom, but we’re focusing on the Pro one today.

It’s a phenomenal piece of kit, with up to 8 GB of internal storage, along with a maximum flight time of 31 minutes. Of course, it comes with a 4K UHD camera, meaning all of your images are crystal clear. When it comes to the range, this baby can fly 10km away from you with no issues at all. As you can imagine, this lets you see very far into the distance, as well as providing some impressive aerial shots.

You’ll see a few products from the DJI Mavic range on this list, and that’s because they are simply the best drones around. The DJI Mavic Air 2 is another iteration of the popular drones, and this one is slightly different from the DJI Mavic 2 Pro. For starters, it’s a bit cheaper, priced at $988 with the Fly More Combo added to it. For context, the Mavic 2 Pro is $1,568 with this combo.

The Mavic Air 2 also comes with new technology that lets it shoot 8k videos and slow-motion shots. It’s also significantly lighter and has longer battery life. The Mavic 2 Pro, however, has a far superior camera and comes with more sensors to detect nearby obstacles and avoid crashes. As with the Mavic 2 Pro, the Mavic Air 2 has a maximum range of 10km. So, it’s on this list as it gives the joint best range for a commercial drone, but at a significantly lower price. If you want a top-end DJI Mavic drone, this could be for you – if you’re willing to sacrifice the camera quality and some other tech specs.

Holy Stone has made a name for itself as a brand that produces excellent drones for an affordable price. If the previous two options have left you sweating under the collar, this one might be more to your specifications. It is currently priced at around $300, so it’s in the budget-range for a good drone. Of course, you can get cheaper drones, but that’s when you start compromising a lot of features and specs.

With the HS720, you get a product with an impressive 12MP camera with 2K FHD video capabilities. But wait, it gets better! You can attach a GoPro to this drone, meaning you can shoot 4K videos from up high! If you already have a GoPro, this can be the perfect partner for it. You also see some smart flying features like ‘circle around me’ and ‘return to home’ that make it a joy to fly. As far as the range is concerned, it’s nowhere near the previous options but still boasts 1.6km. That’s still a very long way to fly, so you will be able to see some fantastic images. Plus, it maintains the 4K video over the entire range and doesn’t drop in quality!

We’re back with another member of the DJI Mavic lineup, and this one is the Mini. As of writing this review, there is a Mini 2 available as well. However, we stood by the original Mini as it offers amazing value for money. This drone comes in at just under $400, putting it perhaps in more of the mid-range options for enthusiasts. It’s the type of product you buy if you want a DJI Mavic but can’t afford the expensive ones.

Still, it has a bucketload of very impressive features, with the main one being a 240g weight. That’s outrageously light, meaning you can put it in your backpack and it weighs the same as a small bag of sugar! Small it may be, but it has a big battery with 30-minutes flight time and lots of incredible vision sensors to help you know where you are. As for the camera, it produces 4km video transmission, which is mightily impressive in a drone of this size and price. Speaking of the size, the clue is in the name, it really is mini. When folded, it will fit in the palm of your hand! Of course, the main reason it’s on this list is for the range, which is an incredible 4km. That’s 4,000 meters in a product that’s small enough to fit in a handbag!

If you want one of the drones with the longest ranges, you should consider any of the options above. DJI are definitely the kings of long-range drones, but there’s a budget option in there for you as well. Ultimately, the decision depends on what you use the drone for. If it’s to take fun photos, you’ll be fine with one of the cheaper options. However, if you use this for more serious video-taking or photography, the Mavic Air 2 or Mavic 2 Pro are probably the best bets due to the photo/video quality.

Drones with thermal cameras are incredibly useful in many scenarios, offering thermal imaging of different environments.…