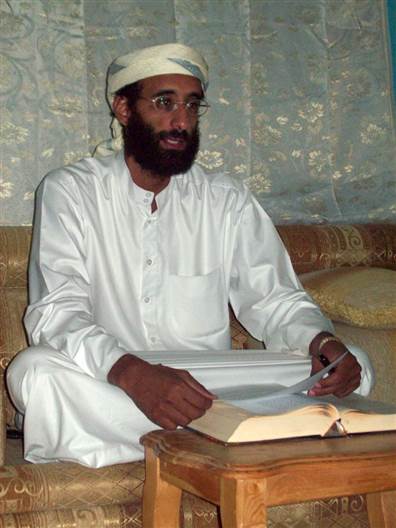 Anwar al-Awlaki was a U.S born American militant cleric. According to U.S. President Barack Obama administration he was a prominent figure in al-Qaida. al-Awlaki’s role was recruiting individuals to carry out al-Qaida missions which resulted in U.S. casualties and losses.

On Friday 9/30/2011 U.S. counter terrorism forces utilized a drone equipped with a ASM (Air to Surface missle) to kill Anwar al-Awlaki. The incident happened in Yemeni province of al-Jawf. U.S. officials claimed to have also killed an American linked with al-Awlaki named Samir Khan who was an editor for al-Qaida’s internet magazine.

The Obama administration gave the go ahead to killing in April 2010. This made Anwar al-Awlaki the first American to be on CIA “kill or capture” list. The U.S had previously attempted at least one drone strike in Yemen where al-Awlaki was the target. Yes a drone. Military drones are the most powerful, but retail drones have excellent features also. Yemeni officials reported him dead in 2009, but clearly the U.S. did not believe this intelligence since U.S. continued to pursue al-Awlaki.

Born in 1971 in New Mexico a U.S. citizen, Anwar al-Awlaki’s was educated in the U.S and utilized his talents against his birth country. He earned an engineering degree at Colorado State University and a masters at San Diego State University.

He was a former imam of mosques in Denver, San Diego and Virginia. At a mosque in San Diego he is believed to have had contact with 9/11 hijackers Khalid al-Midhar and Nawaf al-Hazmi.

Soon after 9/11/01 attacks the U.S began to link him with hijackers. U.S. officials questioned him several times, but none of the investigations led to charges.

In 2002 he left the U.S and moved to London then Sanaa. In Yemen he was put in prison in 2006 for ties with al-Qaida and 9/11 attacks, but he was released in December of 2007. After saying he repented officials released him only to later charge him again, but al-Awlaki went into hiding. This lead to the U.S. actions to “kill or capture.”

In 2009 while still in hiding the U.S. made more troubling links with al-Awlaki and AQAP. A Nigerian suspect attempted to bomb a plane approaching Detroit on Christmas Day. The U.S. noted that Anwar al-Awlaki had met with the Nigerian named Umar Farouk Abdulmutallab.

In 2010 an army psychiatrist attempted to contact Anwar al-Awlaki by email, but U.S. officials intercepted the emails. The psychiatrist named Nidal Malik Hasan was charged with killing 13 people at Fort Hood, Texas, in late 2010.

The influence al-Awlaki had was further displayed when he utilized his internet magazine to pen that Nidal Malik Hasan was a hero. He stated that Hasan could not be a Muslim and fight against his own people. While the website was shut down after the Fort Hood shootings it was clear that al-Awlaki was continuing to use his influence to recruit westerners to carry out terrorist activities.

Clearly the use of drones was vital in this operation. Drones allow for survelience and in this case protection from dangerous organizations. While you may not need a drone for such a vital situation I am sure you can find some very useful task that a powerful drone can handle. Learn more about drones by going here.